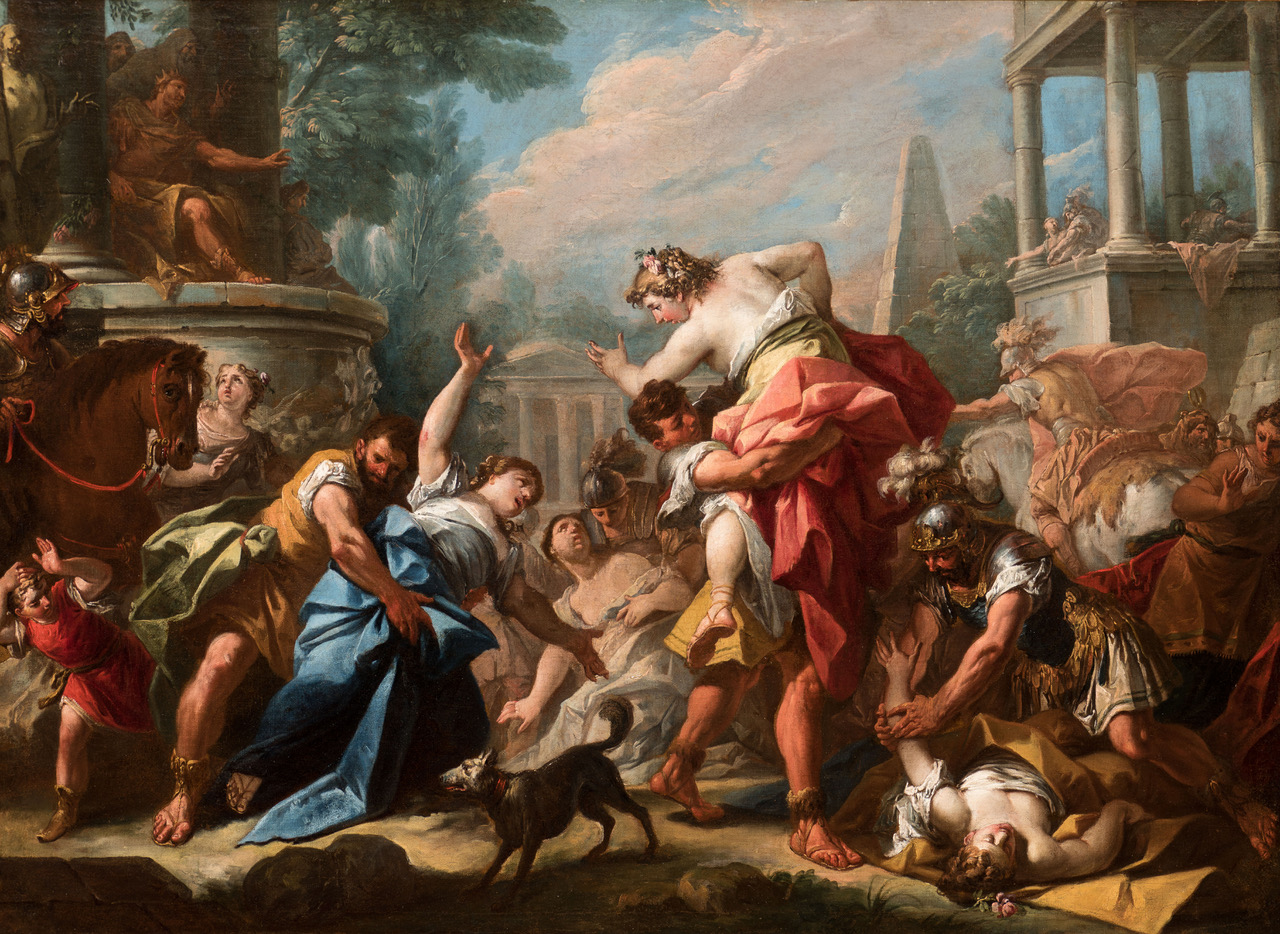 Rape of the Sabine women

Starting from the fifth decade of the eighteenth century, Gaspare Diziani became one of the main interpreters of Venetian figure painting, appreciated for his simple as well as refined and spectacular language, characterized by a vibrant chromatism. A work of joyful and radiant expressive power, Rape of the Sabine women Diziani paints him preciseley in this period when, loaded with commissions, he produces many works, from ceilings to altarpieces, to canvases with historical and profane subjects. Among the most successful we find Rape of the Sabine women, a work that demonstrates the greatness of the painter, gifted not only with skill but also with an instinctive sense of beauty.