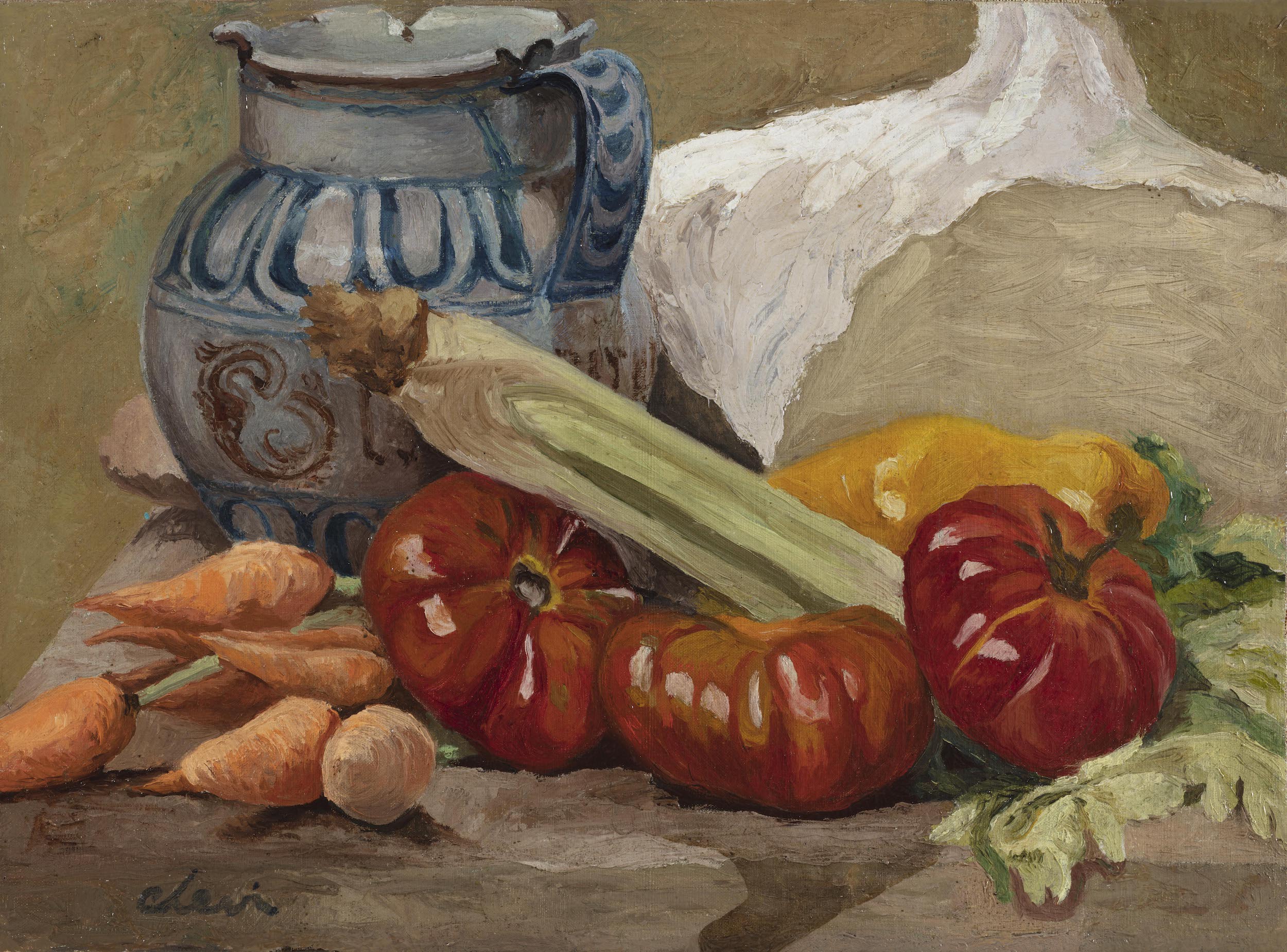 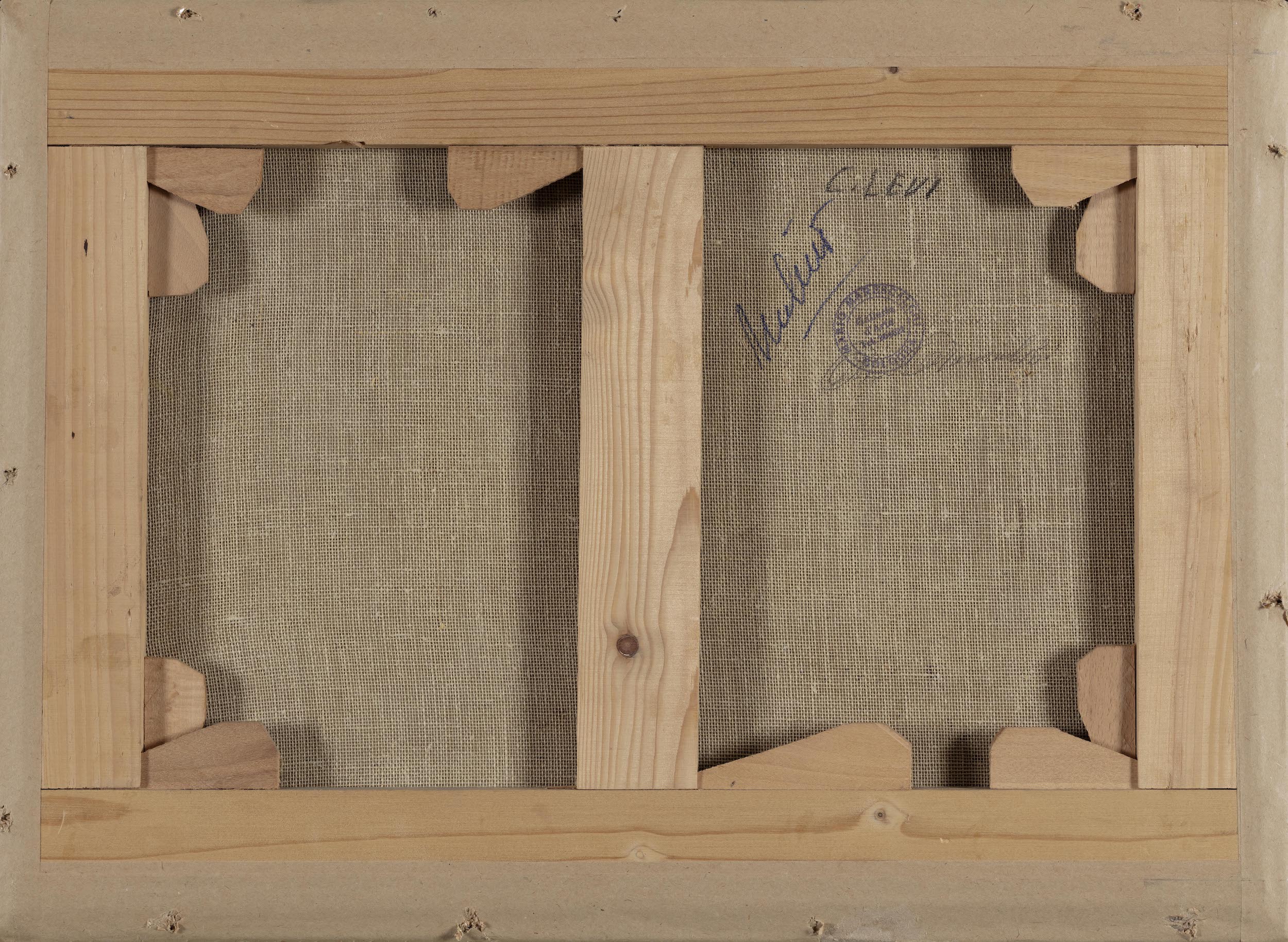 Oil on canvas, cm 34.5 x 47.5
Signed lower left and on the back in block letters
On the back, Galleria d’Arte Marascalchi, Bologna, stamp, signed by Mario Marascalchi
Work authenticated by Fondazione Carlo Levi, Rome. Reg. no. 131

The still life appears here and there from the very beginning of Levi’s artistic efforts, becoming more and more frequent from the thirties on; along with landscapes, portraits and feminine nudes, it is one of the artist’s favorite subjects. In this early work, there is an evident effort to find a balance between the objects and the space: the tomatoes, the carrots, the celery, the pepper and the pitcher are rendered in soft colors that definitely steal the scene, standing out against the neutral background. Later in life, Levi’s painting style will progress through several stages, and in his still lives, the objects will stand out from the limpid transparency of his backgrounds, and the predominant pearly tones will be replaced by brighter, more expressionist hues.